You pretty much hit it and it makes a sound! Yeah, that's all well and good but there is actually a whole science behind the way a drum makes a sound and how you can vary and control that sound.

Drums can be constructed from many different materials and different drums within the one drum kit can be constructed from various materials. The most common and widely used material for most tom toms, bass drums and styles of snare drum is timber. The type of timber however, can also vary greatly. Among the most common timbers used in quality drum construction are poplar, birch, maple, beech and mahogany.

For the purpose of the following description, the type of timber is not important. We will just discuss the general construction and physics of a drum.

Although it may seem that a drum is just a shell with a head on it that you hit and get a sound from, it is actually so much more. The tone and pitch of a drum is determined not only by the tensioning of the head but the shell itself. The shell diameter, the depth, number of plies, thickness and the type of timber it is made from play an important part.

The first basic rule to understand is that each drum has its own resonant frequency. This will determine the optimum tuning of each drum to get the best sound out of it. There is a whole science behind this involving audio dynamics and physics but we wont go into that here. We will just leave it with the knowledge that a drum is basically made up of a shell, a rim (or hoop), a head and tuning lugs. The correct tuning and variations to that tuning will determine the sound output of that drum when struck with a stick.

For more information on tuning drums go to the drum tuning page at the end of this section.

At the risk of telling you what you already know, the head is the part of the drum you hit in normal playing. It is a membrane that is stretched over the end of the drum and tensioned.

The drum head used to be (and sometimes still is) called a skin. This is because drum heads used to be made from dried and stretched animal hide or skin. Some percussion instruments such as conga's, djembes and bongos are still fitted with a natural skin. Most drums these days however, use synthetic heads. Early synthetic heads were made from polyester but are now commonly made from Mylar. Synthetic heads are tougher, more durable and will vary less with changes of temperature than hide heads.

Synthetic drum heads come in many styles some of which are specifically named by the particular manufacturer but include such types as clear, brush finish, hydraulic, pin stripe or a synthetic fiber that has a natural skin feel and texture. 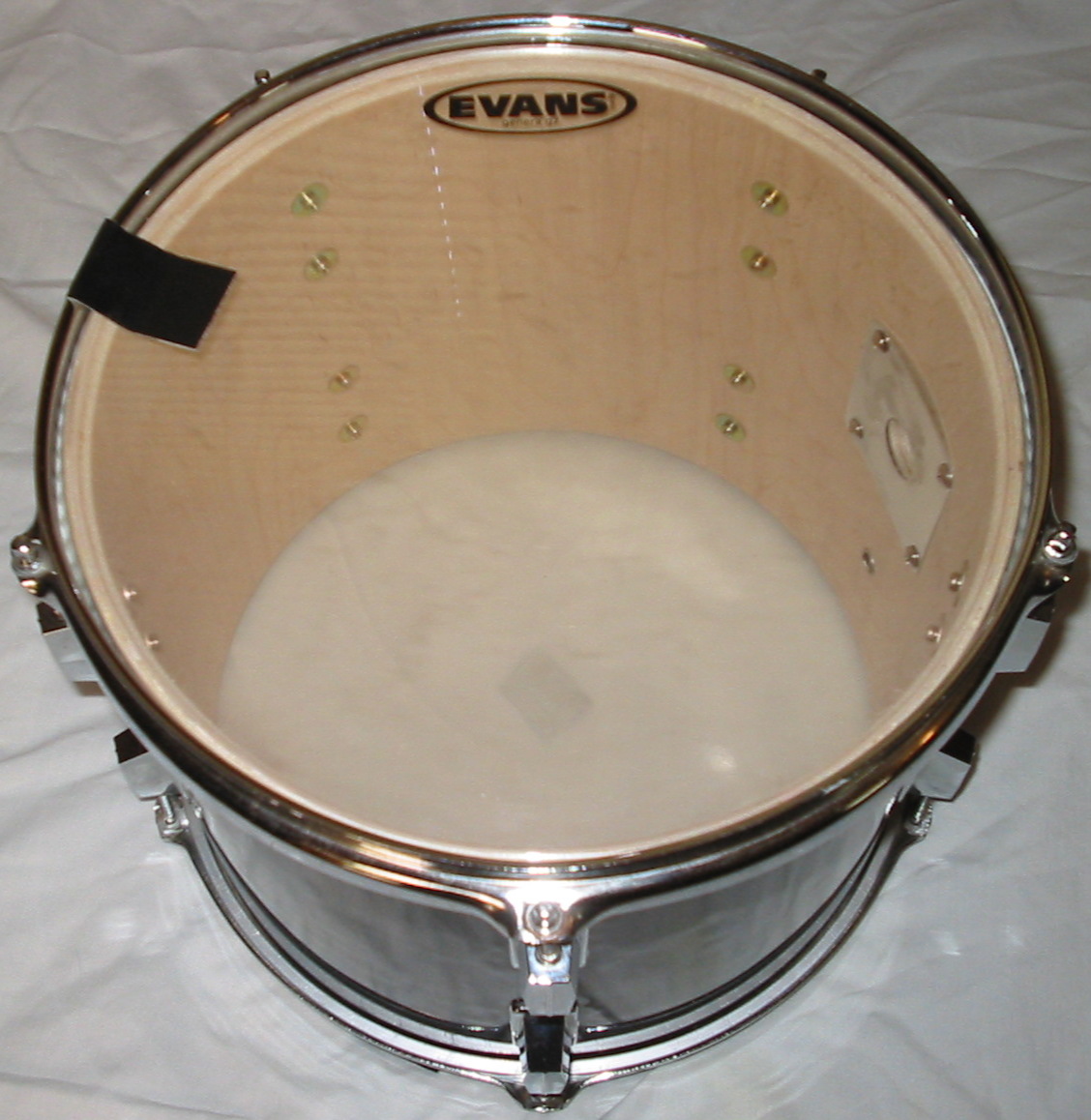 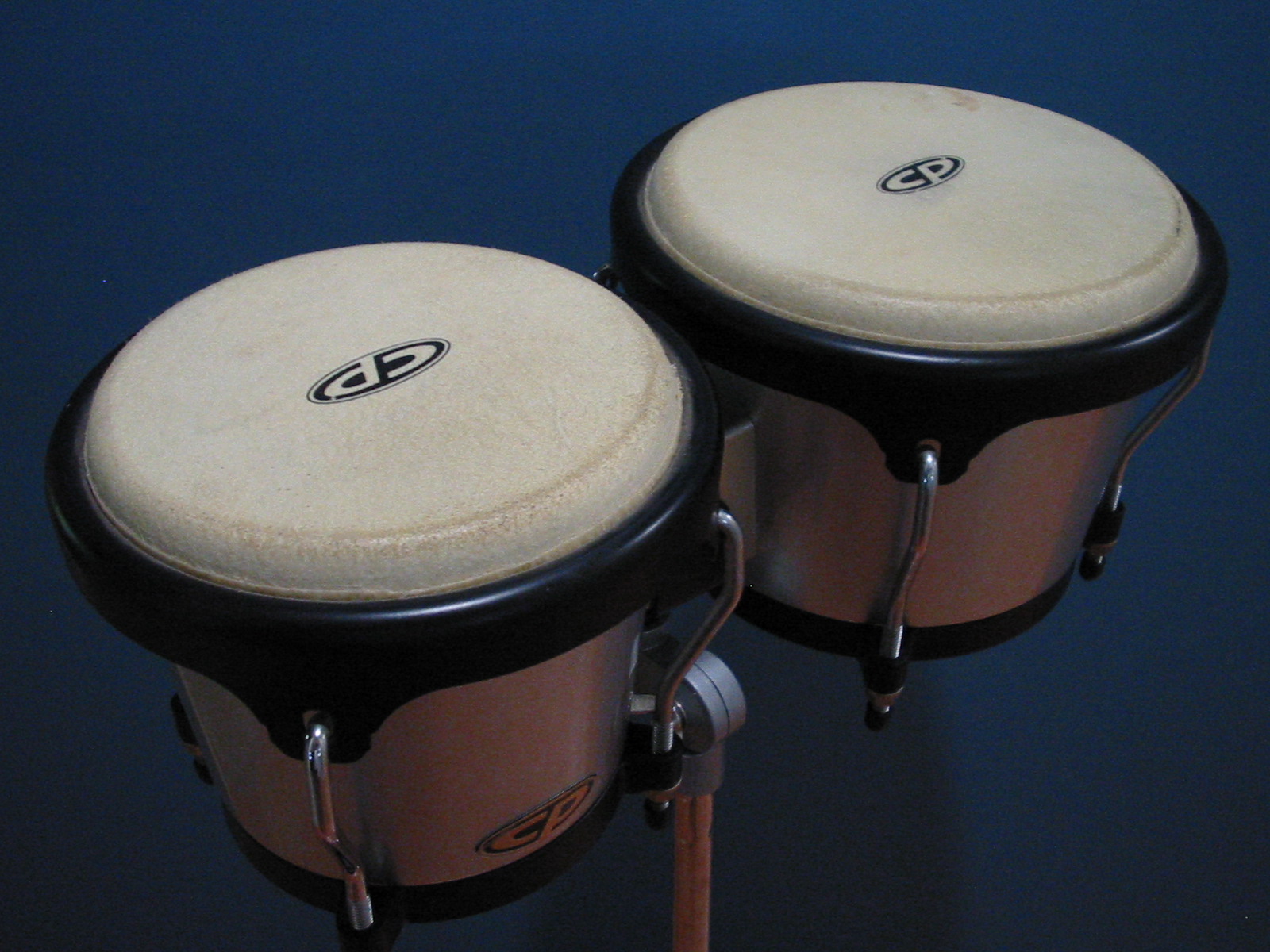 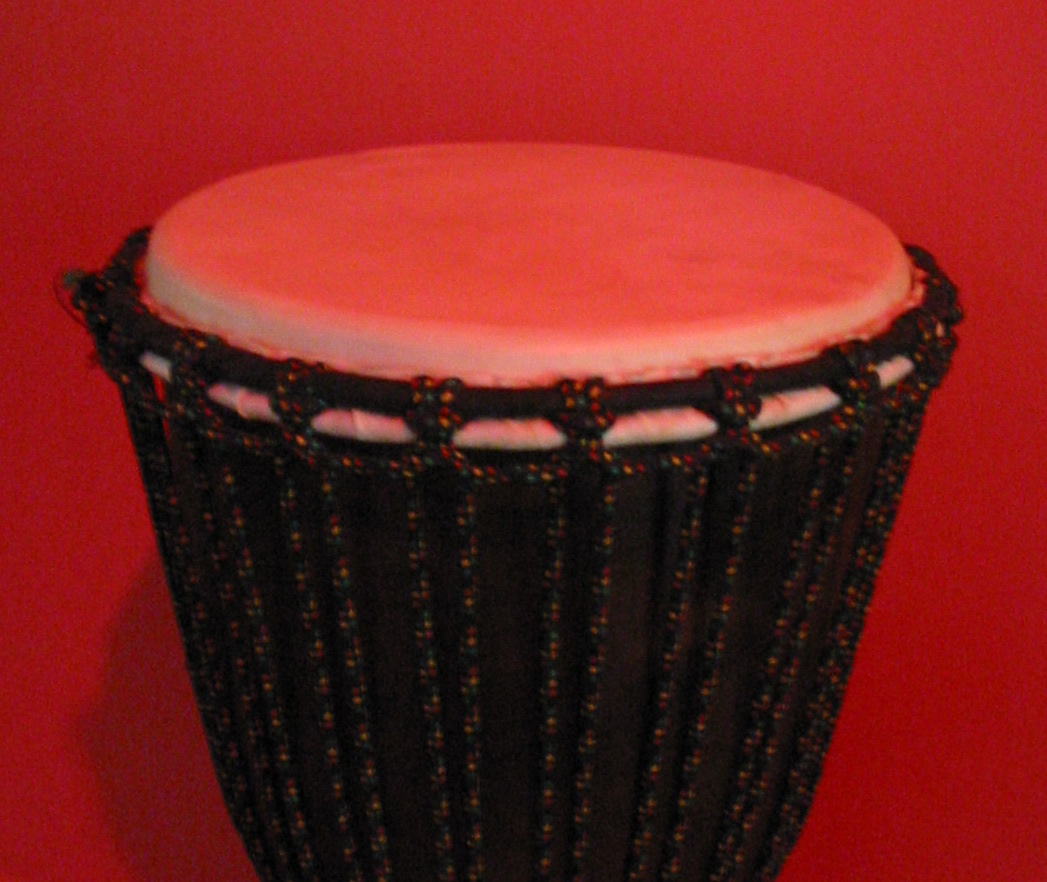 The body of a drum is also referred to as the shell. As noted above, the drum shell is usually made from wood but regardless of the material, drum shells are usually cylindrical. The timber shells of a kit drum are made from ply wood. The number of ply's or layers of wood can vary depending on the manufacturer and quality.

When a head is stretched over one or both of the shell ends and hit, the movement of the drum head moves a volume of air. All sound is produced by air movement hitting our ear drums (built in human percussion!). This movement of air is determined by the dimensions of the drum, how hard it is hit and how much the construction materials move and vibrate. The shell has a resonant frequency which is basically determined by the type of construction material, thickness of the material, the diameter and depth of the shell. The larger the shell and thicker the shell material, the lower the tone or frequency will be.

A drum shell which is designed to have heads installed on both ends will have a vent hole in the shell side. This is to allow the air to actually move. If the vent hole was not there, limited air movement would result due to it being trapped inside the drum. The resultant sound production would be a bit average to say the least. 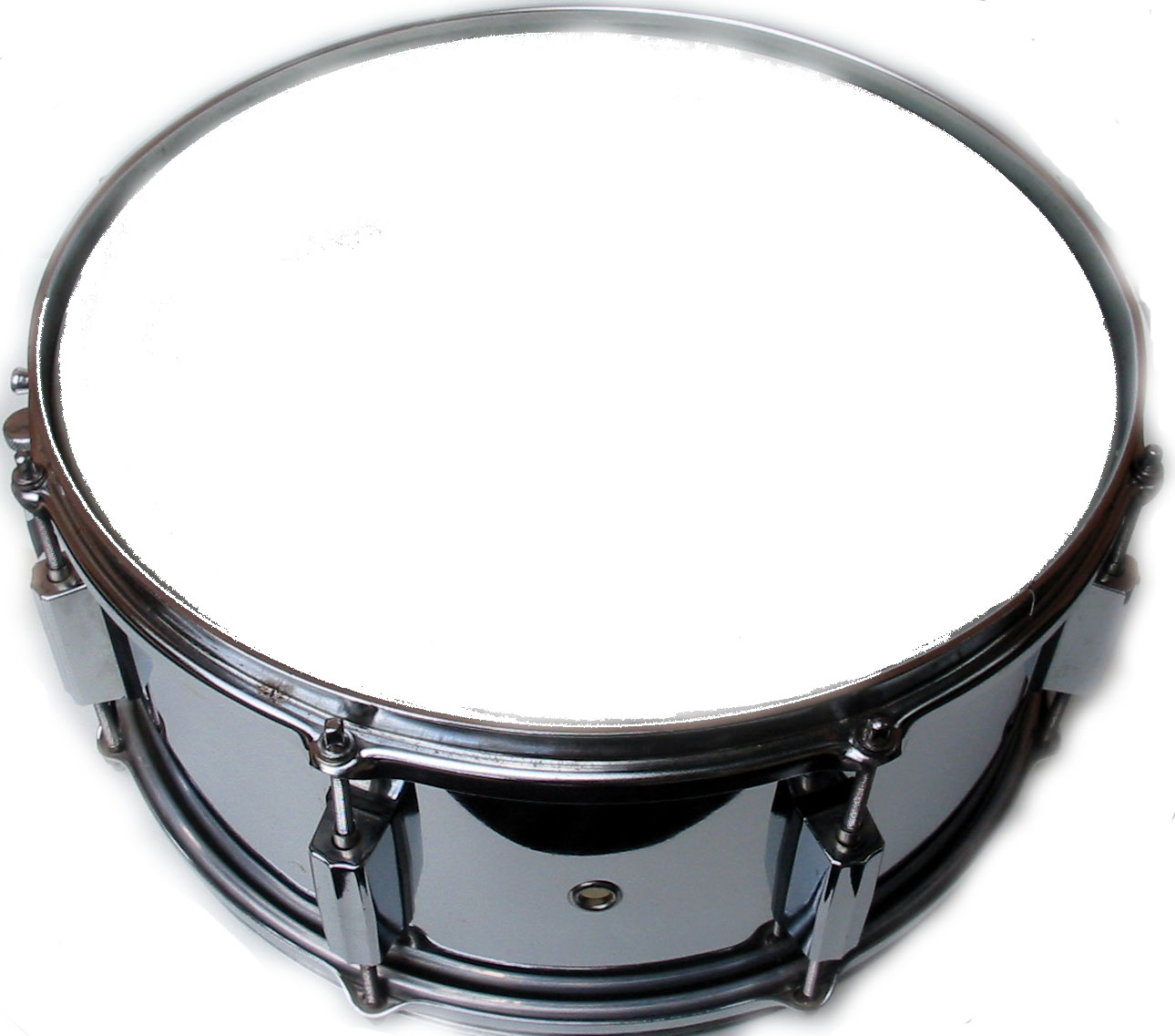 The drum head is held in place by the hoop and tensioned on the drum by way of tuning lugs. These are threaded bases fixed to the shell into which bolts are screwed through holes in the drum rim or hoop. As the bolts are tightened, the hoop pulls the drum head down over the shell rim. The result of this will stretch the drum head fabric. The number of lugs can vary depending on the manufacturer and quality but the more lugs the more accurate you will be able to tune the drum and the longer it is likely to hold its tune.